Following on from the immense amount of interest and engagement from the fishing industry and the wider community whilst taking in to account limitations on fishermen’s time and a previously intermittent presence by heritage staff, a new approach to the reporting of finds has been launched.

In 2015 the Heritage Lottery Fund (HLF) was approached for funding to support and create the position of Historic Environment Fisheries Liaison Officer (HEFLO). Wessex Archaeology, with the support of the Sussex IFCA, was successful in their application to relaunch the FIPAD, and in February 2016 Alistair Byford-Bates was appointed to the HEFLO post.

By becoming a permanent presence on the ground in Sussex the HEFLO will liaise with the fishing community at times that suit the ebb and flow of their daily operations. This will hopefully lead to an improved exchange of information between heritage bodies and the fishermen of Sussex. This in turn should lead to increased reporting of new discoveries via the HEFLO and FIPAD, the collating of information on legacy artefacts, seabed fastener locations, and items recovered and returned to the seabed. In return there will be more successful identification of finds made by fishermen through Wessex Archaeology’s team of finds experts. 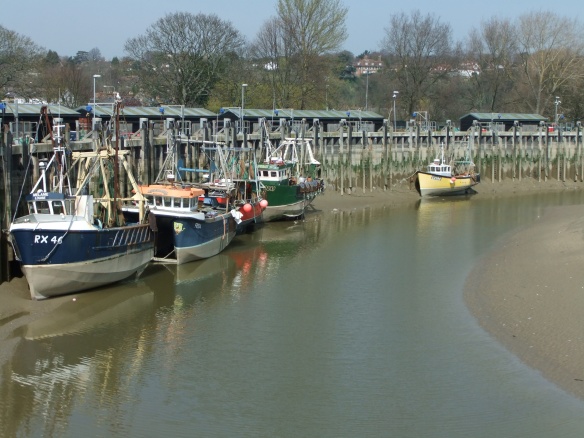 In carrying out these duties the HEFLO will also provide advice and support on the legal implications of reporting maritime artefacts as required by the Merchant Shipping Act 1995. The HEFLO will also be engaging with the wider to community to raise awareness of our shared maritime heritage and the role the fishing community have played in it.

Alistair studied for a degree in Archaeological and Forensic Sciences and a Master’s degree in Applied Sciences by Research at Bournemouth University, after 25 years in the dairy industry. Since then he has been involved with commercial archaeology, working on a range of sites across the UK, and with a disaster management company in Africa and Europe.

Many finds discovered offshore and reported through a Protocol will be accessioned into a Museum. As part of the this pilot scheme Wessex Archaeology staff processed finds from Hasting’s Fishermen’s Museum through the Protocol so that information about them enters national heritage databases. The finds are displayed in the museum around a traditional Sussex vessel – a lugger named the Enterprise.

The finds are diverse and include fishing apparatus, ordnance and WWII aircraft parts, parts of vessels, a musket and even a cricket ball which was found in a fishing net in 1997. The Museum is one of the region’s most popular tourist attractions and preserves evidence of the thriving trade that has shaped the development of the Hastings area.