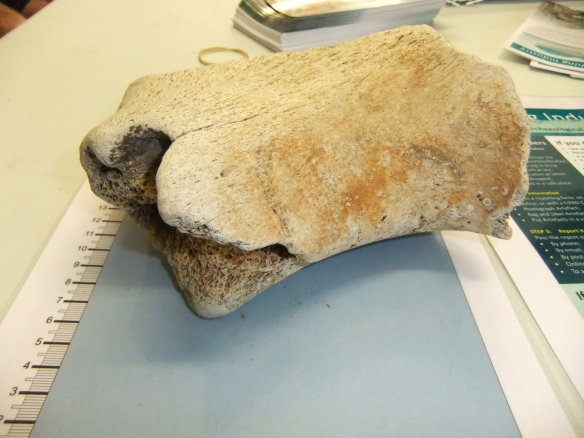 This bone was correctly identified by the finders as a mammoth bone. Lorrain Higbee, zooarchaeologist for Wessex Archaeology confirmed this identification. This bone is the proximal end of the femur or upper rear limb bone. Proximal refers to the end in closest proximity to the core of the body (antonym: distal) and this bone would originally have had a ball joint articulating to the pelvis of the animal. This example has been damaged during its time underwater and shows characteristic rounded edges caused by water action.